The U.S. Normande Breeders Organization is a breeder organized registry, based in the United States. We are acknowledged by OS Normande in France working not only with them but Colombia and other breed organizations and associations to promote the Normande breed Worldwide.

We are 99% media promotion based, working in multiple media forums in an effort to promote, registry, on line breeder interaction, collection of genomic data, and share that information not only here in the U.S. but Worldwide.

We will positively promote the Normande breed while pledging to keep member costs affordable.

U.S. Normande Breeders Organization will work to build a confirmable database of Normande pedigrees for breeders, genomic data and health information.  All of this information can be utilized to increase and grow AI interest in the Normande breed.

There are other countries that because of health restriction or other reasons are unable to import genetics directly from France.  This provides breeders in the United States with a huge marketing opportunity.  This also provides a unique opportunity for U.S. breeders to play an important role in providing Normande genetics World wide!

Being recognized by the "CINOR" is a highly regarded factor among the Normande breed.  It is the official registry of associations and organizations, worldwide.  However it does not have, or enforce, rules as to legal international registrations or the validity of those registrations.

It has no worldwide guide lines, governing it regarding commerce, or governmental influence, other than working in France and their own government.

CINOR stands for: COUNSEL INTERNATIONAL NORMANDE ORGANIZATIONS & REGISTRIES, and pays more attention to the breed's characteristics, and the integrity of the Normande breed, and maintaining those high standards.

In the future we at USNBO, wish to be recognized by the CINOR.  But, there has not been a (CINOR) council meeting since 2014, recognition at this time was not possible.  When a CINOR is held, USNBO will have representatives at that CINOR.

We at USNBO, found it more important to listen to our members and breeders, moving forward to acquire valid, world standard, commerce recognized, registrations, which are required for export to other countries.

There are many countries that because of health issues and government rules, cannot receive semen or embryos from France or other European countries or even South America.

Because of these restrictions, registering with USNBO adds enormous value to the registrations of USNBO members, and their personal financial investments and profit gains.  USNBO thinks you will agree, this makes having the proper paperwork, a most important factor!

At US. NORMANDE BREEDERS ORGANIZATION, this is what we have accomplished by teaming up with a world class provider in, INTERNATIONAL DAIRY CATTLE REGISTRY.  These registrations meet all international commerce requirements giving our members paperwork, with worldwide acceptance and value.  This is accomplished without the hassle, and unnecessary expense of dual registration to the breeder!

There are those that will down play the need for registering, or the need for breed standard representation, or international recognition, but we at USNBO feel that, quality, truth, integrity, and profitability, for our members speaks for itself!

So why not, choose NORMANDE and the
U.S. NORMANDE BREEDERS ORGANIZATION! 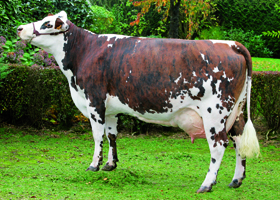